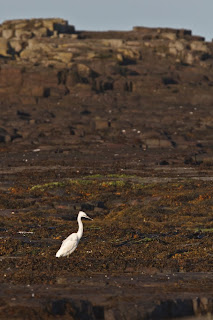 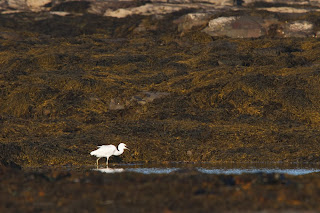 3rd for the Farnes (Graeme Duncan) 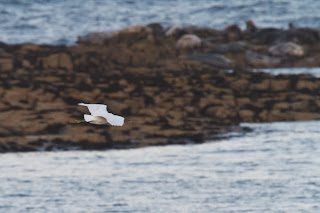 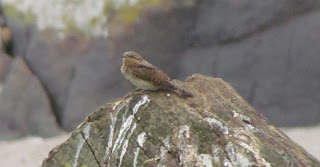 
Friday 26th August comments: The Farnes…it’s a crazy place. The seabirds have gone, the islands are quiet but a switch in wind direction at this time of year can result in an arrival of migrant birds. The last 24hours has been no different, as the wind has blown from the east and sure enough, the islands have not disappointed.

First the radios crackled as the team had discovered a Little Egret below the lighthouse on Longstone. Little Egrets have gone though an amazing change in the past decade on a national scale, as good numbers now breed throughout the UK, but on the Farnes, they remain rare. Soon after the news broke, all nine wardens were assembled on the Longstone and were enjoying the Farnes third ever Little Egret and the first since 2003.

More was to follow today as two stunning Wrynecks arrived, as individuals performed well on Inner Farne and Brownsman, with a light scattering of common migrants. It’s been a good spell and hopefully this is just the start of things to come…