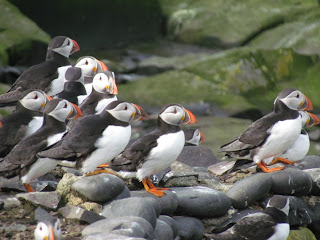 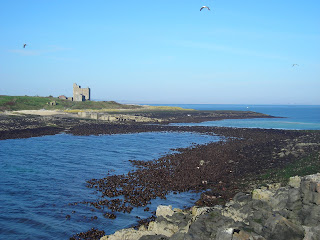 Inner Farne from the nearby West Wideopens 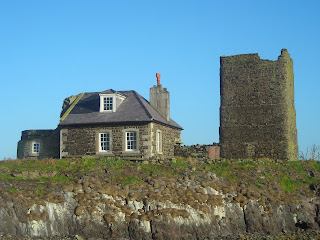 
Monday 23rd January comments: It's slowly and surely awakening. The sleeping giant is stirring and it won't be long before its alive and well. It's mid-January and the islands remain dormant, with very little life and very little to report. However behind the scenes its all go, as the preparation for another Farnes season is being planned, discussed and implemented and its nearly time to go.
One change that has occurred is a name change! In the 1950's-60's, we were known as 'watchers' and from the early 1970's we became wardens. It's now time for a refresh and this year we'll be known as 'Farne Island rangers'. Regardless of the name change, we'll still be working hard for the seabirds and greeting thousands of welcome visitors this year and I hope you can make it, come and say hello.

So the Puffins will be thinking about it, the Terns will be winging it and the rangers will be dreaming of it. Its welcome back to planet Farnes. I hope you can join me on the journey. Stay tuned.
Posted by Farnes at 20:47

No matter what you are called, I am glad to hear you are keeping up the good work.

Nice blue skies in the pictures.

Farne Island Rangers - with a name like that you'd better beat Seahouses United this year!