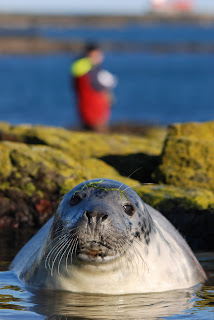 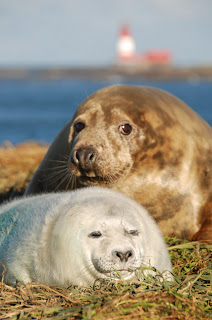 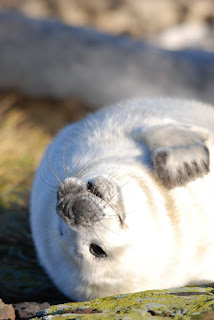 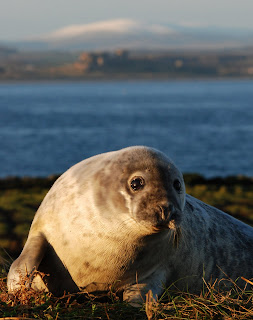 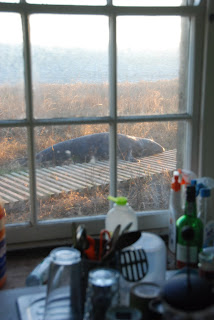 Home sweet home, from the cottage window (David Andrews)
The dust has settled, the seals have been counted and its all over foe another year. The Farne grey Seals population experienced a good autumn (for numbers born) but I suspect once all the numbers are crunched, we will (as expected) have lost a few - we run at a loss of 50% in normal years. The final island-by-island totals include:
South Wamses 418
Brownsman 358
Staple Island 343
North Wamses 293
Northern Hares 54
Knoxes Reef 12
Big Harcar 11
West Wideopens 6
Longstone 3
Nameless 1
Overall total: 1,499

Safe journey home to all of you, and best wishes for Christmas and New Year.
and thank you!