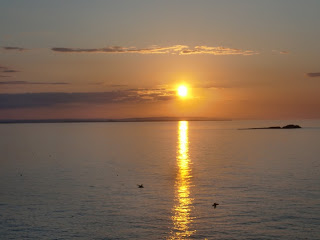 Not like this today - a nice sunset over the islands 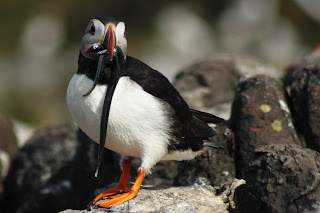 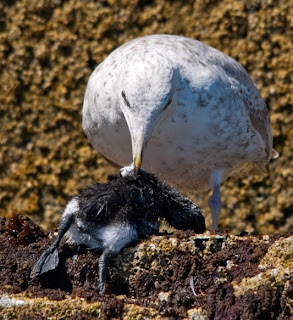 The harsh realities of island life - a chick lost to a Gull
Wednesday 20th July comments: Where has the summer gone? This week has brought rain, wind and cold temperature and it’s meant to be mid-July, not October! The seabird season is drawing to a close as successful family parties are starting to head off. The Puffins are massing and it won’t be long before they are all gone – so be warned, its your last chance to see them this year!

Other than that, the seawatching season has picked up with a reasonable count of Manx Shearwaters yesterday whilst wader numbers are increasing considerably.

I feel really bad for the chick :( But yeah, that's life. Very nice photos, I hope you keep it up!