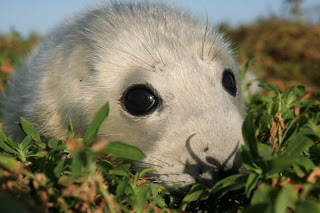 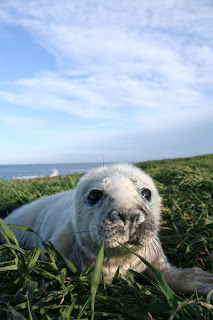 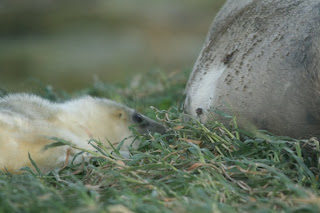 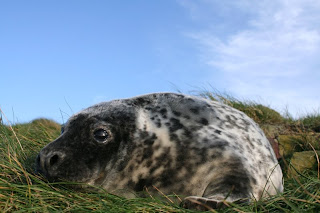 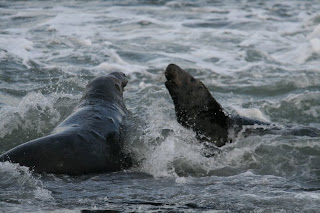 50% does sound a lot, but as you say is about average. And such storms we've had it's only to be expected I suppose.

You all do a wonderful job keeping us updated and feeling like we can share a little bit in the beautiful wild nature on the Farnes. Many many thanks and have a great Christmas all of you!

David can you just tell me if you know did the one on nameless survive , 50 % does sound high but you say that is average so one presumes the weather didnt have too much of an impact . Hope you are all enjoying a well earned break and a few pints - making up for lost time maybe !!!

Kezia - the pup on Nameless Rock and the picture of the pup in the surf (taken last week) both survived and were doing well with their mothers..with just a little helping hand...