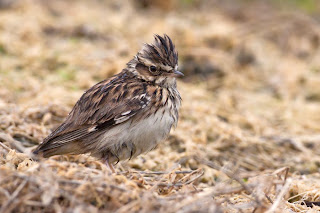 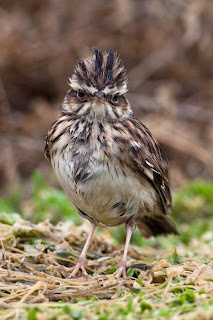 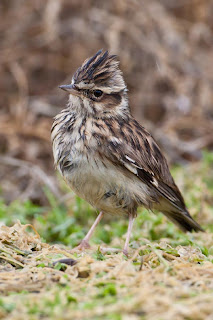 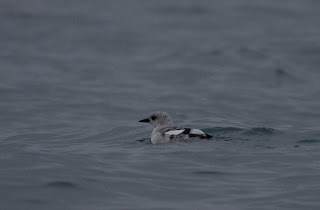 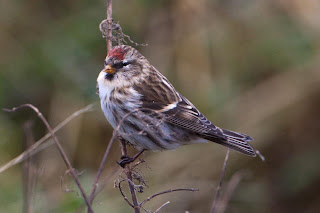 A good autumn for Common Redpolls on the islands (Ian Fisher)
Sunday 21st November comments:
It’s the late autumn and we’re still on the islands. We’ve got just over two weeks remaining before we head back to the mainland for the winter but before then, we’ve got a job to do. The stormy season is truly upon us and trips to the mainland have become few and far between. However this isn’t anything new at this time of year and we’ll focus on the Grey Seal colonies over the next few weeks before we eventually move off.

The past week has been generally quiet for birds although Auks have been the noticeable exception. Good numbers of Guillemots and Razorbills have returned to Farnes waters whilst Little Auks are being recorded daily, with at least one Black Guillemot lingering.
Friday witnessed a flurry of migrants as easterly winds produced late passage with the pick of the bunch involving a confiding Woodlark, representing the seventh Farnes record. The bird showed well on Saturday for an admiring group of keen Northumberland birders and at one stage, came within 8ft of the admiring crowd! The bird appeared to be reacting to a camera shutter lenses and once in position at the feet of the birders, decided to start singing in ‘sub-song’! Yet another strange and wonderful visitor to these extraordinary islands.
Other birds of note included several Common Redpolls (it’s been a good autumn for them) along with both Short-eared and Long-eared Owls. Also of note was three late Chiffchaffs, a scattering of Woodcock and reasonable numbers of Thrushes moving west towards the mainland. The Seal colonies continue to go from strength, with over 1,000 pups although I’ll bring you all the news and updates over the next few days. The winter is almost upon us and you don’t need to remind us out here – its definitely cold!!!
Posted by Farnes at 20:21

Thanks for showing the bird! - more images on my blog...

Wonderful pics of the woodlark thank you . Cold down here in Hampshire , cant imagine what it is like on the Farne Islands . Looking forward to seal updates shortly , take care everyone