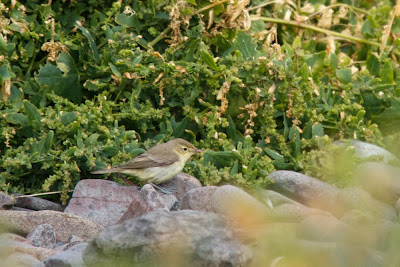 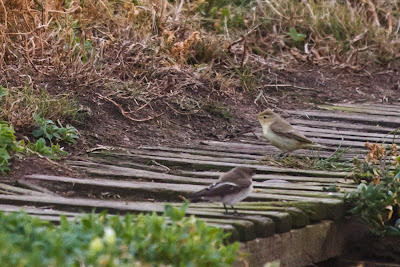 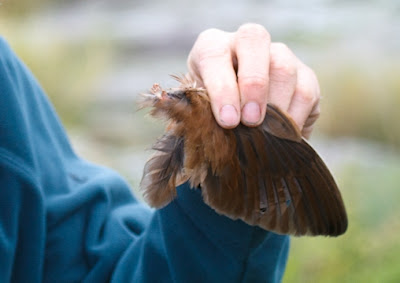 One full Peregrine - remains of a Corncrake discovered (Graeme Duncan) 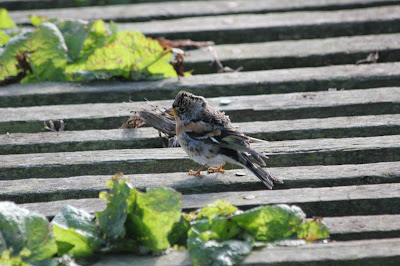 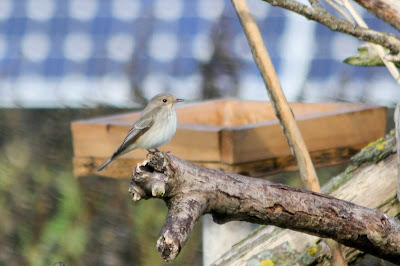 Sunday 25th September comments: WHAT a day. It's been a quiet spell for the islands (despite the Curlew Sand and Long-tailed Skua's trying their best to cheer us up), as the westerly dominated winds have prevented very little migration though the islands. However today produced a flurry of birds with some noticeable highlights.

The morning had produced a reasonable movement of wildfowl past the islands whilst the first autumn Brambling dropped into Inner Farne. However, Brownsman was the place to be mid-afternoon, as the seasons first Icterine Warbler was discovered near the pond and remained until dusk, showing well to all the warden team.

However the day didn't all go according to plan, as the remains of a Peregrine 'kill' were discovered on the south end of Brownsman which proved to be a Corncrake. The 'kill' was very fresh and the bird must have arrived earlier in the day but sadly succumbed to the the resident raptor. Despite the disappointment of not seeing the bird alive, the wardens couldn't complain as it had proved to be a cracking day as the totals will show;