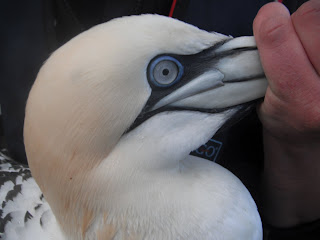 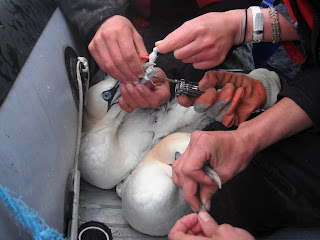 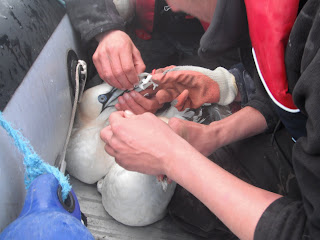 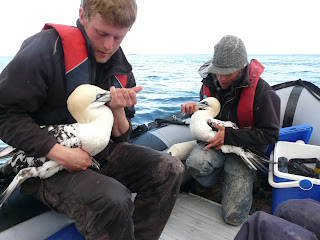 Saturday 3rd September comments: Its been a quiet spell on the islands as the prevailing wind has prevented any major migration passage although the first autumn Brent Geese moved through yesterday whilst small numbers of wildfowl are now on the move.


The hazards of discarded fishing gear raised its ugly head again recently as the team had to rescue two immature Gannets off Brownsman, which had entangled themselves together with fishing line. Amazingly the birds had managed to twist fishing line around their beaks and no other part of their bodies, so it was time to send in the wardens to the rescue...


The birds were soon caught and the line removed and thankfully no harm had been done to either bird, so they were released unharmed to fight another day. To have these large, powerful birds in the hand was such a privilege but at the end of the day, it was just another day for Farne Island warden team. Role on tomorrow.

lovely story thank you , I went up to Troup Head this year and saw the gannets there , beautiful birds