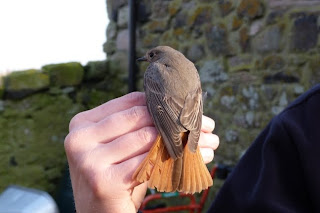 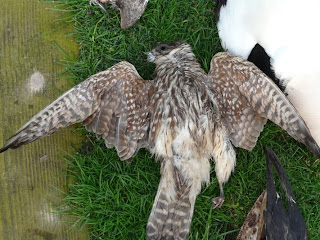 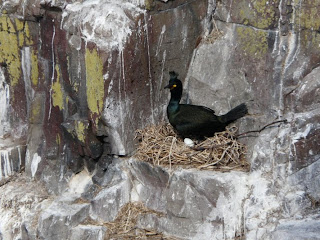 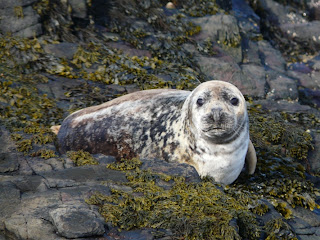 Tuesday 27th March comments: The rangers are now back on the islands and are preparing the place ready for the grand opening on Sunday 1st April. The winter dust covers are down, the buildings open and the cleaning has commenced. The jetties have been scrubbed (a big job!) and we edge ever closer to having the place ready.

On the seabird front, several pairs of Shags are now sitting on eggs, although the auks have become elusive (as expected at this time of year) and very little activity has been noted in other nesting species. On the migrant front, birds continue to be seen with two Mediterranean Gulls and a Little Gull were noticeable highlights in the evening roost. However that was all eclipsed by a MARSH HARRIER which drifted over the islands this morning - the 21st Farnes record and our earliest ever! It's been a great start and the weather has been kind - long may it continue.
Posted by Farnes at 19:59

Lovely to be getting updates again, looking forward to more.

What a shame about the Merlin; a beautifully agile bird. Does this mean there has been a change in the birds prey or do you think it was old age?