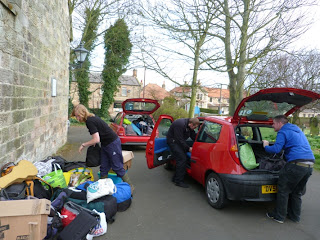 Departure from Seahouses - Cars been packed 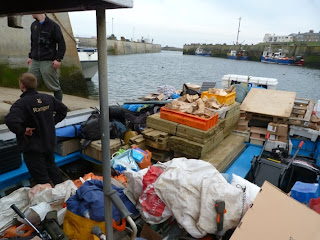 Just a bit! - the boat packed 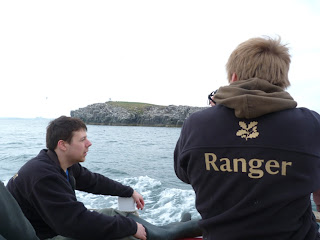 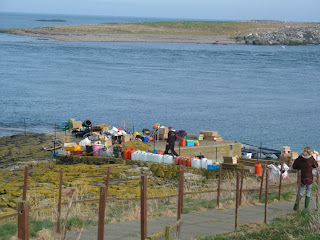 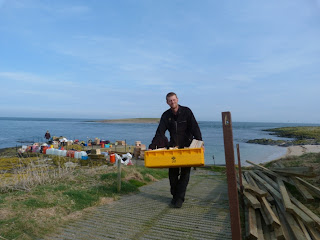 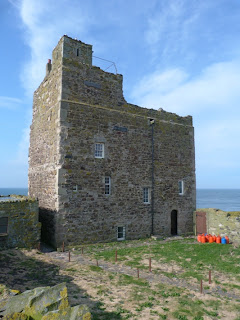 Friday 23rd March comments: It was some day! The rangers have returned to the islands having spent the week training for the new season. On (a glorious)Friday morning the team moved into action as everything needed for a forthcoming season was moved from various locations to the harbour at Seahouses, before being packed onto a waiting boat. The kit included everything (almost the kitchen sink!) as we had food, water, gas, zodiac boats and engines, generators, water pumps, clothing, bedding, boardwalk timber and a lot, lot more to move out to the islands. Eventually the boat was full, the rangers boarded and we sailed back to the islands where we'll live for the next nine months.

Following a brief crossing we landed on Inner Farne and we were back. We then had the job of moving everything into its rightful place and eventually as dusk arrived we were finished. Following a few celebratory whiskeys, the tired team had an early night and day one was complete.

Bird highlights during the day included the discovery of our first Shag eggs, whilst both Puffins and Guillemots were present in huge numbers. Migrants were few and far between although four Siskin flying west and a pair of Gadwall was noteworthy.

Whether you seek out a pair of high
Asics Tiger heels for a prom or your wedding, there is usually a huge selection of the most chic and sophisticated styles offered to you, helping you choose a pair of evening shoes to perfect your special
Hogan Shoes occasion. Dress to impress in a fashionable pair of heels. From prom shoes to wedding shoes, I believe there must be the perfect pair of evening shoes for you.