Wagtail with a difference 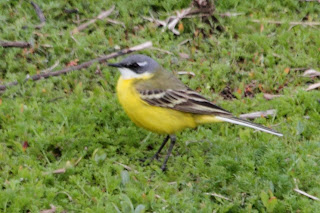 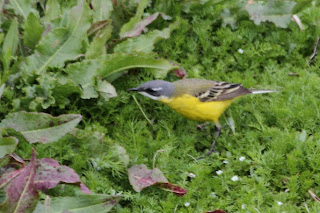 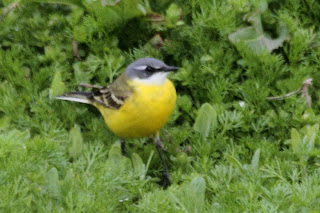 On view - the Wagtail in view (Mark Breaks) 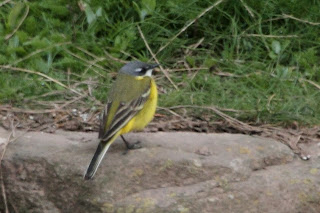 Friday 7th May comments:
For the birders who read the blog, they'll know we always come up with something interesting every now and then on the islands and yesterday was no different. As the winds switched to the east early morning, the pulses quickened as the potential for something to drop in increased -after all we stick four miles out into the North Sea! And so it proved.
A small number of migrants arrived including Sedge Warbler and Whitethroat but something caught the eye - a Wagtail with a difference. The bird, with a distinctive call, showed well on Brownsman before moving to nearby Staple Island where it lingered for the rest of the day. Initially identified as a 'Grey-headed' Wagtail (a race of Yellow Wagtail), the Brownsman boys were on the case as Jason and Mark gathered evidence (and photos) and this bird may prove to be something very different indeed.
The complex 'wagtail group' will have us researching and scratching our heads for sometime to come as discussion on its true identity will run long into the night - it may even prove to be an integrate yet, so watch this space and comments from birders would be most welcome. However its time to burn the midnight oil....
Posted by Farnes at 17:09

If this bird had a "distinctive call" (distinct from Yellow Wag I presume?) then 'Spanish Wagtail' (iberiae) must be a possibilty? Dark head, super limited to behind the eye, clean cut white throat could all fit this race. 'Channel Wagtail' should sound the same as Yellow Wag. Let the BBRC sort it out - Iberiae would be a first for UK I think!

I bet you're pleased you got good pics, it looks like nothing in the pipits and wagtails book....