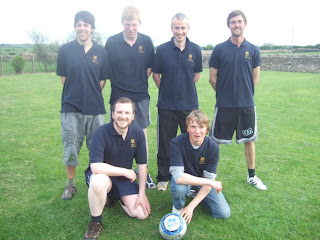 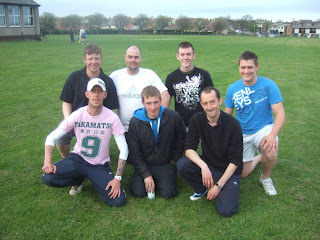 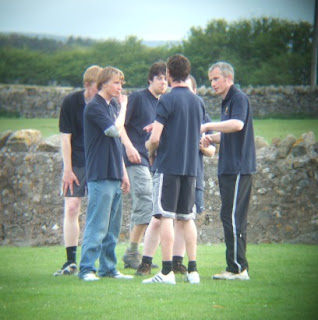 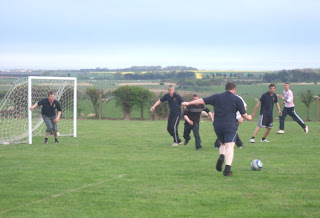 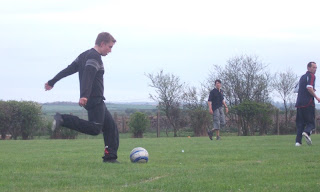 Kick-off was slightly delayed but eventually the eagerly anticipated wardens Vs boatmen clash kicked-off. The wardens were looking for revenge following last season’s double defeat and the opening exchanges brought some good attacking football by the wardens. The hard work soon paid off as Steel poached from close-range but all was undone moments later, when dangerman Craig brought the scores level.

As the game ebbed and flowed, Moss hit a stunning volley to put the islanders ahead but once again, the boatmen quickly hit back as Craig looped home an equaliser. However the warden team upped the tempo and raced into a two goal lead, with Duncan stabbing home a well worked move before Moss made it 4-2 with a thumping header past the despairing keeper. The wardens had chances to increase their lead, but at half-time, remained 4-2 and were well worth their lead.

As with two previous games last season, the boatmen rallied and if the wardens dominated the first, then the boatmen took control in the second. Their inspirational captain Pringle, lead by example, firing in from close-range before drawing the game level with an impressive turn and shot on the run. The wardens, rattled by the fight back, started to find form and the game began to ebb and flow with chances going begging for both sides.

However just as the game was heading for an impressive draw, the islanders grabbed a deserved winner. Breaks, who’s impressive display won him the man of the match award, picked up a loose ball and drove past two defenders before crashing home a shot into the top left corner, whilst coming under a hail of challenges. It was a cracking goal and one which sparked jubilant scenes amongst the warden team. The final twelve minutes saw a stiff rearguard action from the islanders but the wardens held on to claim a suburb 5-4 victory and to claim the first bragging rights of the season. It won’t be long before we have the re-match but until then, its nice to have the first win under our belts.