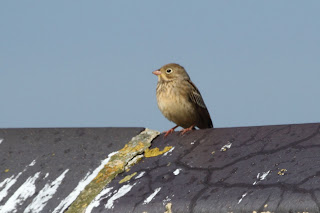 One of our Ortolan Buntings on the visitor centre! (Mark Breaks) 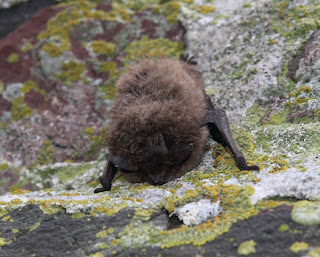 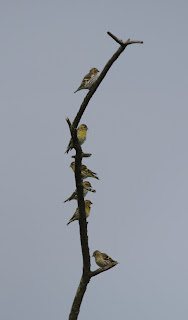 Siskins flocking on the islands

Friday 10th September comments: Its been an epic week and the excitement even continued yesterday as Inner Farne hosted not just two, but three Ortolan Buntings! However the weather has finally eased allowing the majority of the common passage migrants to head off and continue their journey south to the southern hemisphere and beyond.
Interestingly during the week, it’s not just migrant birds which arrived, as two bats arrived, with individuals on Brownsman and Inner Farne. Bats are rare on the islands and both are still present, roosting during the day in the buildings and hunting at night.
On a final note, we had better brace ourselves next week – the Brownsman team were quick to point out the forecasts for next week – the winds will gust to 412mph according to the internet!!!! It was no joke, but maybe a typo, we hope… (check it out below...)
Weather check gone wrong..

Oh dear 412mph think the Farnes might just get blown away !!! You could end up down south haha at least I could get over more !!! Bats wow and thats quite a big one do you know what sort of bat it is ??? great pics as normal . Is the white tail with you still or has he flown to pastures new ?? Hope the winds dont happen well at least not 412 mph if we dont hear from you all again we know it has !!

OOOH you haven't blogged since 10 September when you warned of 412mph winds, do we assume you are all now in orbit or blown across the other side of the world? LOL

I bet there have been some more migrants blown in though, the wind has been pretty strong even in the Midlands. Is the eagle still present?