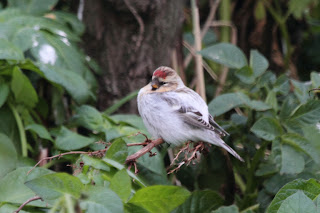 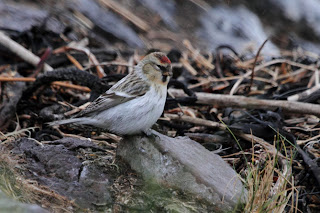 No mistake - a stunner (Mark Breaks) 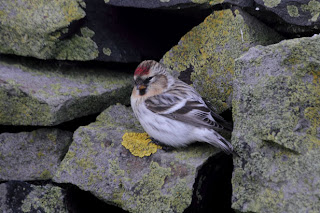 One in the wall - Arctic Redpoll on Brownsman (Mark Breaks) 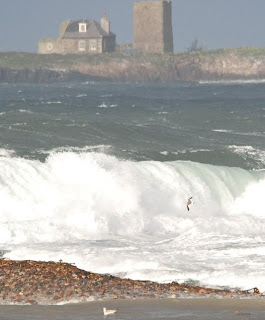 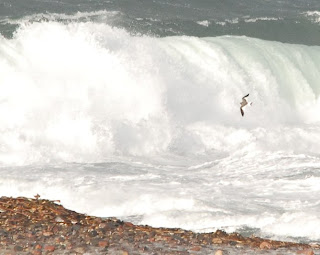 Friday 24th September comments: It’s been an epic 24hrs as the weather turned and the islands were blasted from the cool north. Yesterday proved a day of contrast as flat seas and warm sunny conditions gave way to a northerly breeze and a heavy sea. The conditions deteriorated overnight and by dawn this morning, the sea was boiling. The strong winds from the north were producing an epic sea and it’ll be some time before it calms and business returns to normal.

Despite the conditions, birds were still on the move, as migrants and seabirds were logged during the day with some noticeable highlights. The most stunning involved an Arctic Redpoll (a ‘snowball’) of the hornemanni race – the islands third Arctic following an individual in October 1989 and up to four in December 1995. Other highlights included two Sabine’s Gulls (including one which lingered in the kettle off Inner Farne from 16:00 until dusk) always a nice delight to brighten up any day.

What stunning pictures well done everyone , you amaze me how you identify birds , to me thats a gull I would never know which one , incredible.

Me? Jealous?
Very, very nice, like the atmospheric sabs shots as well.