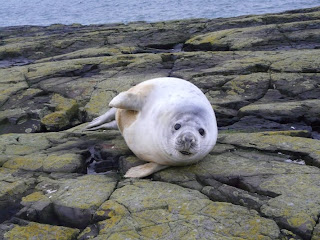 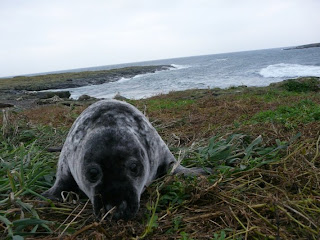 Hiya! Another of our weaner pups plump and happy 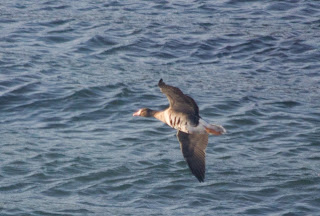 Sunday 13th November comments: It’s been a great weekend as everything went with plenty of highlights, except one thing; the weather. With south-easterly winds blowing across the islands with rain on Sunday, it wasn’t the best time to be out visiting the . Despite this, the resident warden team enjoyed every minute of it as we had some great birds, plenty of seal action and the FA Cup first round wasn’t bad for one north-east team…

The Seal colonies have been as active as ever with plenty of new pups being born and bull seals battling for island supremacy. On the bird front we’ve has some noticeable highlights including 19 White-fronted Geese with a good haul of Little Gulls moving south whilst a Water Rail in the gas cage was a bit novel. On a personal note, one of my footy teams; , made it into round two of the FA Cup, so well done lads and keep it going…