Start of a new month 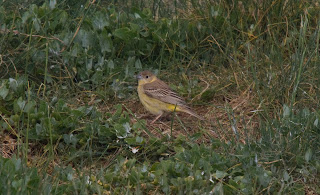 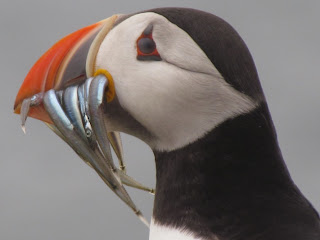 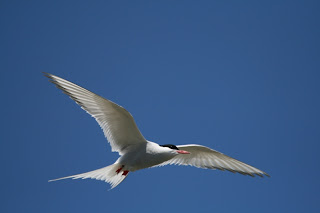 Arctic Tern nesting in good numbers (Graeme Duncan)
Wednesday 1st June comments: The first day of June…where has time gone! It’s a big date in the diary of any Farne warden as we were due to start (or were due to start) our population counts of the cliffs. However the sea state prevented our first of ten counts, although tomorrow’s forecast suggests we’ll be kicking off early Thursday morning. The counts start just after 06:30 and we’ve got lots to count, and I mean lots.

On the bird front, yesterday’s Black-headed Bunting was sadly not seen despite an extensive early morning start. However a Great Skua and several Manx Shearwaters were some consultation on a seawatch.

The month of June is going to be busy and we hope the weather settles and we can enjoy the month ahead. Bring it on and stick with me - we'll bring you all the news.
Posted by Farnes at 22:51

Hello, I was reading about the fun of sticking one's hand down a puffin burrow during the bird count and it got me to thinking. Perhaps you could try running an endoscope down the hole to count the birds in situ, rather than using the old "hand in the hole/see if something bites" method? I have seen digital cameras on ebay referred to as 'endoscopes' for anywhere between 50 and 70 dollars.