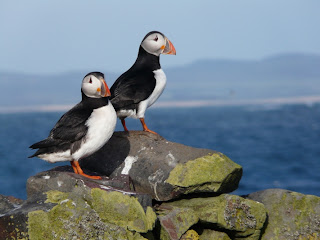 Puffins on a wall (Ciaran Hatsell) 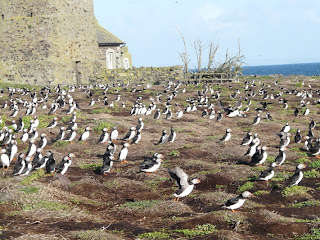 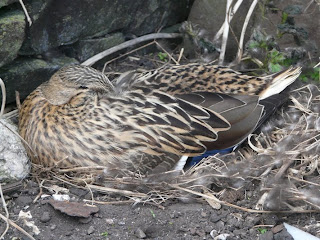 One of seven Mallards currently on nests (Ciaran Hatsell) 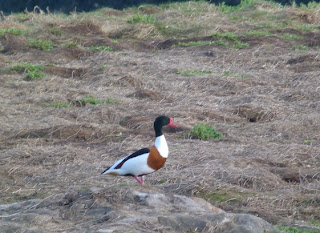 Sunday 15th April comments: It proved to be a disappointing weekend as the wind which had closed the islands to visitor boats on Friday continued and strengthened. The end result was heavy seas with no visitors on Saturday or Sunday.

However work does not stop despite the closure as the team went about their duties getting involved with a variety of work including painting window frames, sorting Arctic Tern habitat, strimming vegetation and boardwalk construction. However for those involved, the least favourite job was fixing of a sewage pipe...and I'm glad to say, it went well!

On the breeding bird front, more Guillemots were on eggs by Sunday afternoon although the northerly winds and cool temperatures appeared to have slowed everything down. Sandwich Terns numbers have now surpassed 500 whilst we've had an unexpected influx of Common Gulls with over 400 counted at roost.

Although the weather has been poor, we're expecting to be open again on Monday...fingers crossed.
Posted by Farnes at 21:02