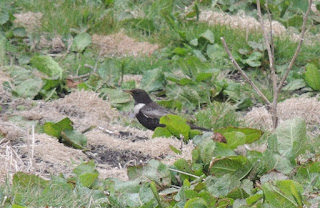 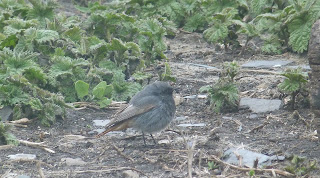 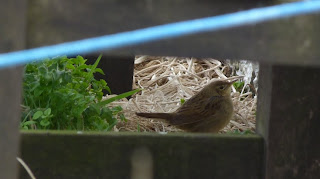 Grasshopper Warbler under bench (Will Scott) 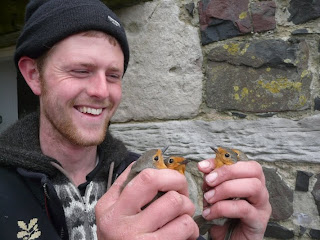 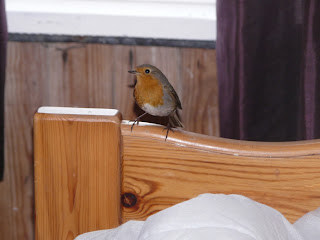 Robin on the bed (Ciaran Hatsell)
Thursday 19th April comments: The unsettled weather of April continued as the islands were closed again due to bad weather. The moderate easterly winds brought rough seas and rain, resulting in no boats sailing. This week we have been open, closed, open, closed. Such is life at the moment on the islands and we're all hoping for a settled spell of weather, sooner rather than later.

However if every cloud...well you know the rest, but the easterly winds brought a deluge of common migrant birds to the Farnes including an impressive arrival of continental Robins. Noticeable highlights included a stunning male Ring Ouzel on Inner Farne alongside a confiding Grasshopper Warbler (the first of the year) whilst Brownsman produced two male Black Redstarts.

The day totals were impressive (see below) but without doubt, the stars of the show were the vast number of Robins. The islands were carpeted in a sea of 'red breasts' as birds could be seen feeding or sheltering around the building on the islands. Some even ventured into the buildings, including up to ten in Brownsman cottage - all of which were released safely. It's been a great day and hopefully tomorrow we'll share some of this Farnes magic with our visitors; the forecast looks good for sailing, so fingers crossed.