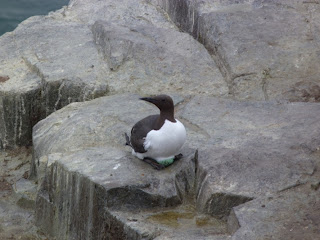 First (and only) Guillemot egg of the year (Will Scott) 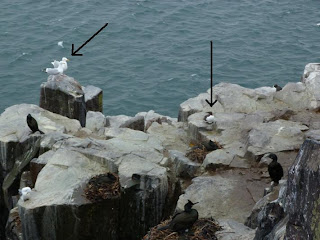 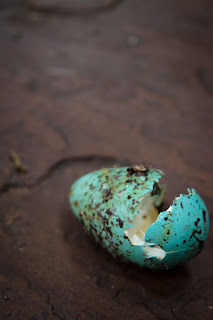 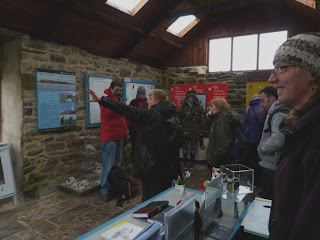 Our hardy, wet and cold visitors - enjoying a talk from ranger Will

Tuesday 10th April comments: WHAT a day. Tuesday started with rain sweeping across the islands along with a cool, cold north-westerly wind blowing - and it didn't change all day. The morning brought out some hardy visitors, but as the weather deteriorated, the boats stopped sailing. This allowed the ranger team to catch-up on some vital management work - the rain wasn't going to stop them!

On the bird front, it was bitter-sweet on the clifftops, as we celebrated our first Guillemot egg of the season, but not for long. This very early nester was discovered on the lighthouse cliffs, but the bird was alone, without the support of any fellow Guillemots. And the Herring Gulls sensed weakness....

Just over one hour after the first egg was discovered, it was gone. The Herrings Gull were in and the bird was gone, having departed for the open sea. The harsh world of a seabird colony was very evident, but do not worry, it's not the end, just the beginning. The Guillemot will relay, alongside many thousands, and the birds (hopefully) will go on to have a brilliant breeding season despite the predation. Herring Gulls are notorious but they have young to raise as well and thankfully they are having very little impact on our Auk colonies. Life goes on, on planet Farnes.
Posted by Farnes at 21:53