Blue is the Colour 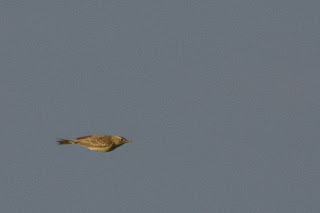 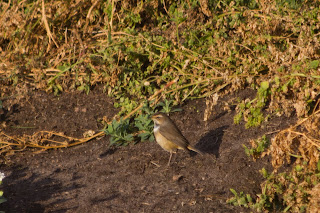 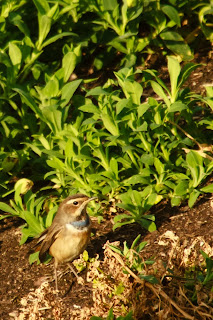 Saturday 15th October comments: The Farnes never fails to disappoint! After the jubilation of yesterday’s Richard’s Pipit, the team were yet again jumping for joy after the discovery of another Farnes speciality: a Bluethroat! A stunning bird was found in the morning on Brownsman, briefly showing well but becoming very elusive at times! The Farnes has become one of the best places in Britain to see this Scandinavian stunner, especially during the autumn as of later years; today’s sighting marking the sixth consecutive year in which it has been recorded.

Inner Farne’s Richard’s Pipit was spotted briefly again today, sticking close to the species’ famously annoying behaviour of refusing to perch or pose on the ground for cameras.

With just a few other common migrants, these two birds really were the star of the show. The warden team are hoping that one or two more surprises will appear shortly to add to the birding bonanza that is the Farne Islands.