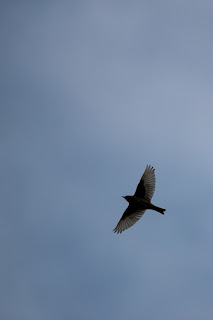 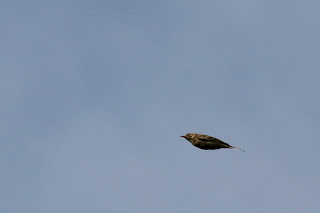 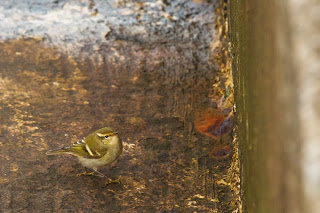 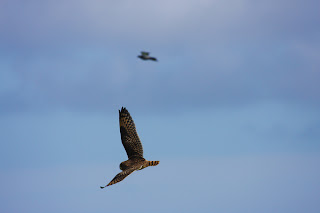 Friday 14th October comments: Its been a terrific few days on the Farnes as the winds have switched to the south-east and brought a deluge of common migrants with it (along with a few rarities). The boys returned from Fair Isle on Thursday morning, just in time to enjoy the bird bonanza.

Today produced a Richard's Pipit on Brownsman (the Farnes 21st record) which was enjoyed by a lone observer before it took flight and (thankfully) was relocated minutes later as it was watched landing on Inner Farne (and enjoyed by all wardens and visitors present). A flighty Yellow-browed Warbler lingered for two days on Brownsman whilst another was discovered pottering around the complex of the Longstone Lighthouse - great views in a concrete jungle and classic Farne Island birding.

Other highlights included a Farnes day record count of eight Short-eared Owls which included five together (a cracking sight), good movement of Thrushes (Blackbirds, Redwings and Fieldfare), Jack Snipe, 4 Snow Buntings and a scattering of other migrants as well as wildfowl passage including four Long-tailed Ducks. All in all, a good few days.

On the seal colonies, things have started promisingly well, as we now have sixteen pups which are all doing well. Yesterday BBC Countryfile were filming on the islands, so watch out for our Seal pups on TV come the 30th October....
Posted by Farnes at 22:15