Wonder from the Wood 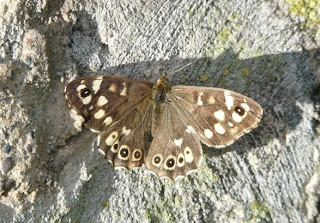 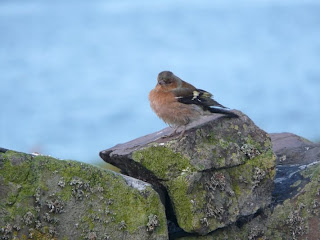 Sunday 16th October comments: Its been a stunning day on the Farnes as unseasonal weather brought mild, warm conditions. The mild weather encouraged birds to depart the islands as the number of common migrants declined. Even the lingering Richard's Pipit was noted flying west towards the mainland early in the day although the Bluethroat remained resident on Brownsman.

The most noticeable highlight of day was in the form of a Speckled Wood butterfly, a rarity for the Farnes. The weather encouraged other butterflies to the wing as we also recorded small numbers of 'White's', Red Admiral's and Small Tortoiseshell's. It almost felt like summer but without Arctic Terns attacking our heads...oh how I don't miss that!
Posted by Farnes at 21:17