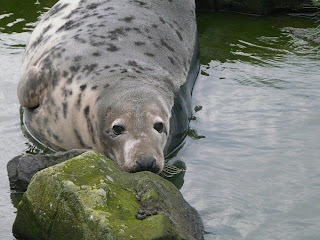 A pregnant female patiently waits on the Wamses (Ciaran Hatsell) 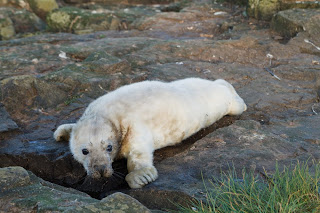 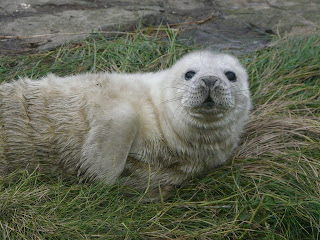 Only a couple of days old and already curious (Ciaran Hatsell) 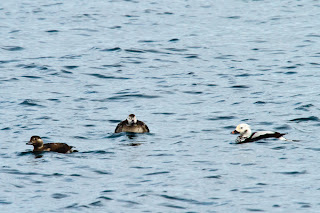 Tuesday 11th October comments: And we’re off. The seal pups are starting to appear in greater numbers now, with ten having been born as of yesterday’s count. This means a total of seven have arrived since our last count only 3 days earlier, a sure sign that we’ll soon be right in the middle of pupping season and knee deep in the cute fur-balls! South Wamses is the bigger colony at the moment with six pups, four of which can be easily viewed resting on the shingle beach.

Our first pup is still doing very well, and now at 14 days old it will most likely be under a week before he moults into his adult coat and will be able to take to the water for the first time! Pups two and three are growing well and all three now have very attentive and protective mothers keeping an eye out for them.

In non-seal news, the islands have continued to have good wildfowl passage, with an adult Whooper Swan flying low over Inner Farne today, along with 213 Pink-footed Geese. Sunday’s moderate winds brought good movement of ducks, with large numbers of Wigeon, Teal and Scoter recorded flying across the sea, along with 23 Red-throated Divers. Three Long-tailed Ducks, a male a juvenile and female, showed well in the kettle on the 10th.