Its tough at the top 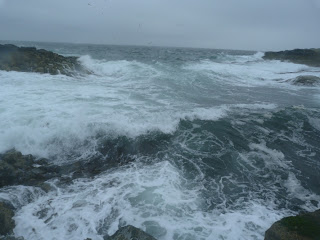 The sea this morning from the jetty of Brownsman 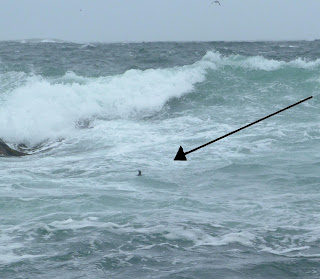 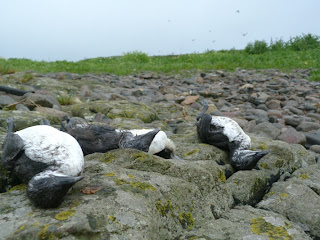 The death toll starts to rise 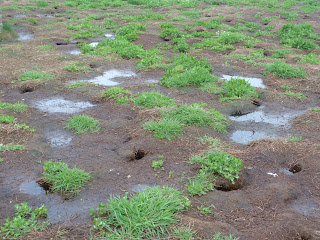 Not much better for the Puffins

Friday 8th June comments: It's not often I bring doom and gloom stories, but this season is starting to turn into one﻿. The weather throughout April was poor with above heavy rainfall and May was not much better. I was hoping with the arrival of June, the seabirds would get their break and the season would be prove to have a happy ending...that was until today.

Last night more heavy rain lashed across the islands and the wind increased. Once again we were greeted this morning with heavy seas and flooded Puffin burrows and the weather is starting to take affect elsewhere. A small number of Guillemot chicks (our first 'jumplings') were found dead, washed up along the rocky shorelines, their little lifeless bodies being picked off by scavaging Gulls. I'm still hoping we can still get away with it, as the first tern chicks have only just started hatching, although any cliff nesters on the south face cliffs may yet face some more serious issues at tonight's high tide...

Although it may be all doom and gloom, I must put some 'terms and conditions' to this story. Seabirds are long-lived, as both Terns and Puffins can live into their thirties whilst Guillemots live into their twenties. So these birds can tolerate a bad year, as they will live to breed another day.

However despite this, it is sad to see it all lost, but then again, we haven't lost everything...just yet. Fingers crossed.
Posted by Farnes at 17:58