Sunday 30th March comments: Kick-off! It hasn’t come as a great surprise that we’ve discovered our first Shags on eggs today up at the lighthouse cliff on Inner Farne. With birds on well established nests when the rangers arrived last week, its only been a matter of time and today was the day!

In 2011 and 2012, the first eggs were laid on 23rd March but last season the poor late March weather delayed everything and the first eggs were not discovered until 29th April. So it appears we are back to an early start to the season. Following the collapse in the population (the breeding population halved in 2013) we really could do with a bumper year this year. Fingers crossed.
Posted by Farnes at 17:50 3 comments:


Saturday 29th March comments: The last few days have seen the team preparing the island as we open to the public on Tuesday (1st April). As part of the management work, we've been busy laying a new boardwalk...and it's not as easy as you may think!

The problem with the Farne Islands is that it is covered in Puffins and more to the point, Puffin burrows! The need for a boardwalk is obvious but laying a new pathway is tricky, so we've been inching around the burrows and laying the new footpath. It looks impressive (if you don't mind me saying!) and we are almost ready. All we need is a drop in the wind and things will be cooking on gas come 1st April. Are you ready?
Posted by Farnes at 17:04 No comments:

Friday 28th March comments: It’s been another bitterly cold day as the easterly winds continue to dominate and judging by the forecasts, will do for some time to come! The team have been busy preparing the islands for our grand opening on Tuesday, whilst our seabirds have moved off back to the open sea whilst the bad weather remains.

On the bird migrant front, it’s been a quiet start but today brought our first noticeable arrivals. A cracking Black Redstart was discovered alongside a Chiffchaff whilst a handful of Goldcrest lingered. The change in season is very evident as a Long-tailed Duck alongside an immature Iceland Gull at roost gave a very winter feel but two Sandwich Terns reminded us that summer is just around the corner….
Posted by Farnes at 21:21 No comments:

At 11.45 on Tuesday 27th March 1979 I set sail for the Farnes, aboard a ‘Glad Tidings’, for my first stint as a seasonal warden. My intention was to get a couple of years experience and see where it led – 35 years later and I’m still here! Then, as now, the weather ruled our lives as I should have sailed on the 26th…………………..

I had abandoned an eight year career with Lloyds Bank for £25/week, no running water, no electricity, limited communication with the outside world, and an uncertain future – and I loved every minute of it. Island living is the ultimate Marmite experience, love it or hate it - boy, was I in the former camp! Five seasons passed in a flash and in 1983 I said my farewells. Contracts on Brownsea Island, Sandwich Bay, two seasons with the RSPB on Stone Curlew research – and still the Farnes, as I came back each autumn to manage the seal team. Blakeney Point in 1988 was my final contract – as the Bible should have said ‘Man cannot live on contract salary alone’. A full time job as a Ranger on Cannock Chase was my choice and that, I thought, was that.

Two years into the job an envelope arrived through the post from a Farnes team-mate of the 1982/83 seasons. In it was a single sheet of paper: the National Trust internal job sheet, and ringed in red felt-tip ‘Head Warden, Farne Islands’. To save his blushes I won’t reveal the sender’s name – but he changed my life.

Maureen and I came up to Seahouses in October 1990 and I started as Head Warden, then promoted to Property Manager. I added the 12 miles of Trust-owned Northumberland coast a few years later and, for one year only, ‘baby-sat’ Lindisfarne Castle. A couple of years ago I moved away from the ‘business’ side of things back into conservation as the Coastal & Marine Officer – those who know me will appreciate my first-love is/was/always will be the Islands, coastline, and seas (oh – and Maureen!)

Highlights: seen some great birds/missed some great birds – don’t mention the Aleutian Tern of 1979! Brilliant cetacean sightings – yes, the Killer Whales were genuine. Being hospitalised by an angry cow seal – I could go on. But the one thing that has really made my life fun have been the teams of people it’s been my pleasure to work with – all memorable in their own inimitable way. Islands attract ‘characters’ and, believe me, the Farnes has had its fair share. No names, no pack drill – you know who you are! You all made my job the brilliant experience it’s been – even the instigators of the ‘Great 1992 Lifeboat Fiasco’ (don’t ask!). Thanks for the memories.


﻿﻿ ﻿
Oh, and 14 years ago, I appointed a fresh-faced, dark-haired, youngster called David Steel – I always wondered what became of him?
Posted by Farnes at 09:35 3 comments:


Wednesday 26th March comments: It’s still all go on the Farnes as the team continue to prepare for our grand opening whilst the seabirds are still performing well. The weather has very much changed as an easterly weather front is now dominating dropping the temperatures and stirring the sea; it’s rough and we’re now cut off.

On the bird front, plenty of seabirds are present with thousand of Puffins, Guillemots and Razorbills. Shags remain on well built nests (the first egg won’t be far away!) whilst Kittiwakes are attending nest sites on the cliff sides. Migration remains slow although the first Chiffchaff has arrived alongside several Goldcrest.

We are now just six days away from opening our doors to the public; are you visiting?
Posted by Farnes at 21:02 No comments:

Much ado about Puffin

Monday 24th March comments: Welcome back Puffins. Today the wind increased from the south-east but the Puffins took full advantage and landed in their thousands. For many it’s their first time on land since last August; it’s hard to believe that these hardy seabirds have been sitting on the sea since then!

Regardless there back in good numbers and its great to see! The Puffins are here, The Guillemots have returned, the Terns are heading this way – so where are you!!? We open our doors on the 1st April….we’ll see you then.
Posted by Farnes at 19:31 No comments:

﻿﻿﻿﻿
Sunday 23rd March comments: It's been a good weekend for the Farnes team as the mild weather has allowed us to get on with opening up the buildings and giving the place a good spring clean. We have one week to get everything ready before we open to the public so plenty to do before then.

The new members of the team are just finding their feet (living and working on an island takes some adjusting!) but everyone is in good spirits as we enter our first week on Planet Farnes. New ranger David is even trying his hand at some line-drawings....so watch this space!

On the bird front, westerly winds have blocked any real migration although tonight we welcomed our first Sandwich Tern of the season (second earliest ever record) whilst a nice adult Mediterranean Gull was a welcome sight. Seabirds have also been very evident with Puffins making landfall for the first time whilst Guillemots and Razorbills have been well represented.

The Farne's season is well underway!
Posted by Farnes at 20:32 No comments:


Saturday 22nd March comments: We made it. Friday 21st March was a big day as the team moved everything from personal kit to boardwalk timber to Inner Farne to start life on the islands. The team will live and work on the Farnes for the next nine months and we had to bring everything with us as we prepare the islands for opening on 1st April.

The day was long and hard (plenty of stuff moved) but the team celebrated on the island that evening as life on Planet Farnes begins yet again. On the bird front, two herds of Whooper Swans flew north (flocks of 28 and 39) whilst a Peregrine was noted killing a Woodcock. A few seabirds were present including good numbers of Shag’s with well constructed nests.
So welcome back everyone….here we go again; are you with us?
Posted by Farnes at 21:50 No comments:

Thursday 20th March comments: Happy St.Cuthbert's Day! The final day of mainland training is now with us and what a day; St.Cuthbert's day. The northern Saint lived and eventually died on Inner Farne on 20th March 687 before his body was taken to various parts of the north-east of England before finally resting in Durham cathedral. St.Cuthbert was the first 'warden' of the Farne Islands as he protected the local nesting Eider ducks; hence the local name 'Cuddy Ducks'. I'll be raising a glass to the mighty Cuthbert tonight as we prepare for life on an island; tomorrow morning we move back to the Farne Islands and then the real fun begins....BRING IT ON!!!!
Posted by Farnes at 15:59 No comments:


﻿﻿﻿﻿ ﻿﻿﻿﻿Wednesday 19th March comments: Three days down and we’re almost there. The team have been based at Gibside National Trust (well worth a visit!) learning and preparing for the new season ahead. Returnees and new faces amongst the team are gearing up for life on an island and they can’t wait!

With a First Aid course to complete tomorrow, the team will be ready and on Friday morning we’ll (hopefully) be sailing to the islands…weather permitting. It’s been a good start with everyone settling in well and the base at Gibside has given us the chance to catch up with some of its stunning wildlife including up to Five Dippers, 32 Crossbills and several red Kites. The Farnes season has begun!
Posted by Farnes at 14:01 No comments: 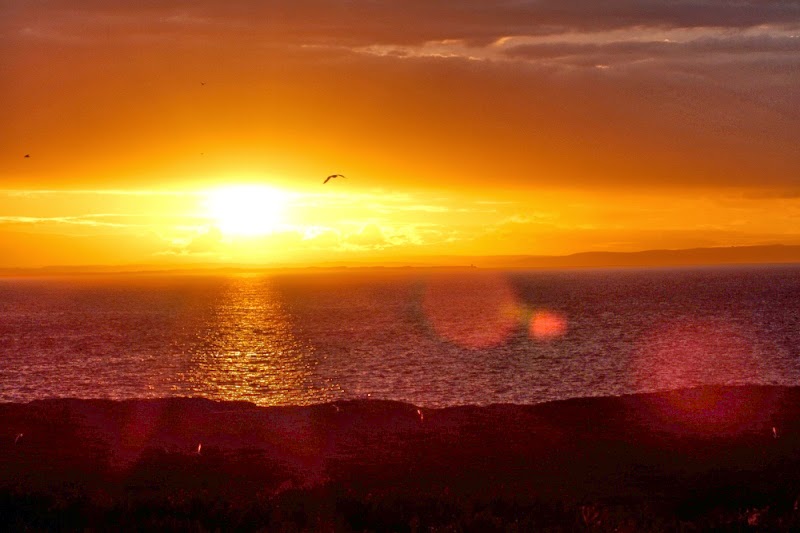 Monday 17th March comments: Look who’s back. Today marks the start of the ‘Farne Islands Season 2014’ as the team are gathering to spend the next five days on the mainland. During this time we’ll be training and preparing for another nine months on the ‘rock’ as the Farne Islands season is just about to start.

This year sees a few changes as a few old faces have moved on (to bigger and better things; but more to follow later), whilst the new staff are probably wondering what they have let themselves in for…

This is the Farnes, brace yourself, we’re heading back…Welcome to Planet Farnes!
Posted by Farnes at 08:56 1 comment:

Thursday 13th March comments: A brief visit to the Farne Islands yesterday produced more than expected as a lot of our seabirds have returned early. A good number of Puffins were discovered bobbing about the sea under the cliffs of Inner Farne whilst thousands of Guillemots were present. Even more surprising, Shag's were on next structures; all of this in complete contrast to last year.

The mild weather of recent has helped encourage birds back early and only time will tell if it's been a good move. March can still throw some poor weather our way, so I would not be surprised if these early returnees moved off again soon. However its a good sign and now we will all start asking the question; just how early will this season be?
Posted by Farnes at 13:40 1 comment: